Utah Valley University was established in 1941 as Central Utah Vocational School (CUVS) with the primary function of providing war production training. CUVS was part of the Provo School District located in south Provo. The institution received a state appropriation in March 1945 of $50,000 to operate for the 1945-1947 biennium. In 1947, the school received funding as a permanent state institution.

A new site for the school was acquired on University Avenue in Provo in 1948; in the 1952, the state appropriated funding for the first construction on that site. As enrollments grew, the state acquired over 185 acres in southwest Orem and the first building was completed in 1977. Today, the University’s facilities consist of a combined total of 412 acres with 50 buildings with campuses in Orem, Provo, and Heber City and property in Vineyard and at Thanksgiving Point in Lehi. 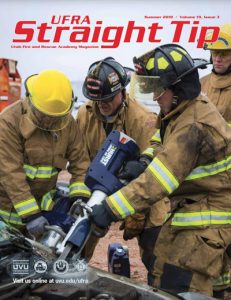 UFRA Straight Tip (ISSN 1932-2356) is published quarterly by Utah Valley University and the Utah Fire & Rescue Academy (https://www.uvu.edu/ufra/) and distributed throughout the State of Utah. 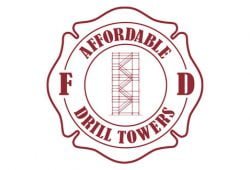