OUR STORY
The concept of the BADAXX tool was born from the obvious necessity of its existence. With the alarming rate of first responders being injured or killed due to ever-increasing rapid fire spread, we needed a way for first responders to safely avoid being trapped inside of or on the roof of buildings and homes being consumed by fire. Scott McCann, a veteran firefighter of 30 years, decided something had to change. In 2012, McCann started designing his tool and began making wood prototypes in his family garage. After a series of prototypes his tool has developed into a game-changing invention: the BADAXX tool. This product has been engineered and tested to be an extremely efficient tool for saving the lives of victims and rescuers alike.

AMERICAN MADE
From the very beginning of the BADAXX tool, we insisted that it be made in America or we would not make it at all! We are committed to using local craftsmen and only American made materials. No question, no compromise, and no apologies! 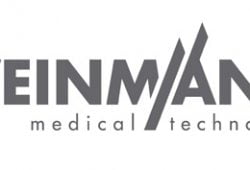